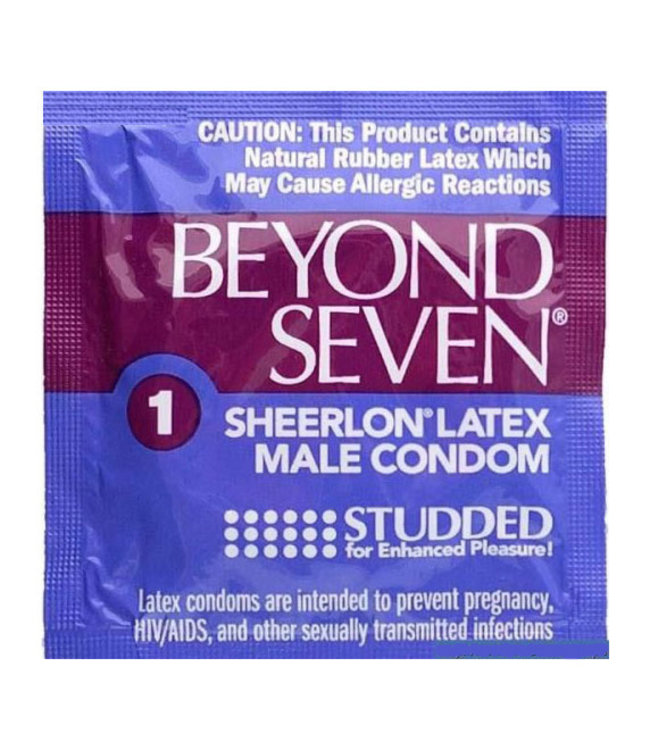 Beyond 7 Studded Condom is made with patented Sheerlon latex, which has a silkier, more natural feel, much like skin itself. 38% thinner than ordinary condoms and features hundreds of raised bumps. Made with advanced Japanese technology.

Beyond 7 Studded Condom is made with patented Sheerlon latex, which has a silkier, more natural feel, much like skin itself. 38% thinner than ordinary condoms and features hundreds of raised bumps. Made with advanced Japanese technology.

Beyond 7 Studded Condom is made with patented Sheerlon latex, which has a silkier, more natural feel..