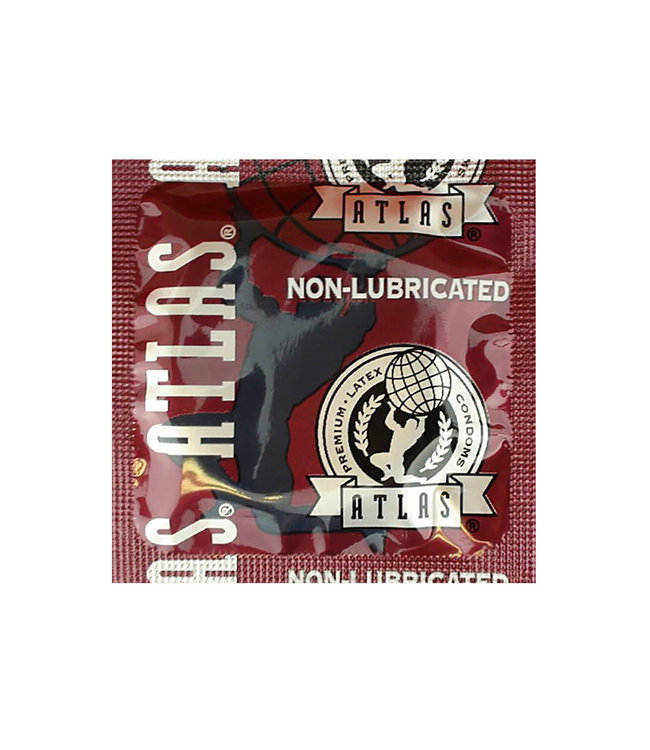 Instructions: Tear along one side of the condom package, being sure not to rip the condom inside. Carefully remove the condom. Air trapped inside a condom could cause it to break. To avoid this, squeeze the closed end of the condom between your forefinger and thumb and place the condom over the erect penis. Put the condom on before there is any contact between the penis and your partner's body. Fluid released from the penis during the early stages of an erection can contain sperm and organisms that can cause sexually transmitted infections. Be sure that the roll is on the outside. While still squeezing the closed end, use your other hand to unroll the condom gently down the full length of the penis. Make sure the condom stays in place during sex; if it rolls up, roll it back into place. Dispose of the used condom hygienically. Wrap the condom in a tissue and place it in a bin (do not flush it down the toilet). Never use a condom more than once.

Tips:
Storage: Keep condoms in a cool, dry place away from heat and sunlight, such as your bedroom night stand (not medicine cabinet). If you do carry a condom in your wallet for convenience, replace it often.
Cock ring: Placing a cock ring at the base of the condom will help keep the condom in place.
Damage: Most rips happen when you shred the condom's packaging, so before slipping one on always give it a visual once-over.
Lubricants: Use only water based lubricants. Oil based products such as massage oil, petroleum jelly, and body lotions dissolve latex.